RW Auto Classics based in Snohomish Washington, USA just outside the small but emerging town of Monroe has been around since 2014. The company has only been in business for 8 years, but the history goes much deeper.

We grew up with these cars. Spent time in the shop and learned the special skills needed to work on classic cars. Co-owner Jesse Rumens was raised in his Dad’s Jaguar and Ferrari workshop in Miami Florida. When a young Jesse would want a bicycle or new dirt bike, his father, Keith Rumens would say, “yes, but you’ll have to work for it.” To “work for it” meant that he would be “put to use” sandblasting, cleaning, or helping the mechanics get jobs done for customers. During this time, he learned the tools of the trade.

These tools he carried with him through his young life, fixing up his own cars like his Datsun 240z and Jaguar XKE. After years working for other businesses with cars as a hobby on the side, he met our other co-owner, Matt Wittmier. The two partnered on an old 1957 Chevy Nomad and away they went.

Their first big buy out was from a Jaguar collector of 40 years near Cougar Washington. The gentleman had XKs, and E type parts socked away in an old, partially burned warehouse. Inside the shop they also found 4 E-types, an Alfa Romeo 1750 GTV and a few other Jaguar Saloons.

Buying the massive lot of classic Jags and parts was just the beginning as they had nowhere to house to newly acquired purchase. The two searched around and discovered a concrete facility near downtown Redmond Washington off Willows Road. It was a great home for 4 years as they traveled the country acquiring other parts lots in Missouri, California, Detroit, and Idaho to name a few.

In this time, the company had grown substantially in size and the 10,000 square foot building wasn’t enough to house the massive collection of cars and parts. They needed something much bigger and found that building just outside the quiet town of Monroe Washington nestled along the Skykomish river.

The building was massive and stretches out over 20,000 square feet on a 1000-acre property. When Jesse and Matt first walked into the building the two knew they had found their home. It was going to be a lot of work to get the structure the way that they wanted it but felt that this was going to be a grand place one day. Transforming the building took years, but it now comfortably houses the cars, parts, and service operation for the RW Auto Classics company.

“We are proud of the work we have put in here and as Jesses dad would say… if you want something you have to work for it.” – Matt Wittmier (co-owner)

Not just a couple of guys in a barn, the RW Auto Classics group is a skilled bunch of classic car professionals. With over 80 years of combined automotive experience, we can say that we are world class.

Skilled Mechanics who are precise in our work.

Knowledgable Parts Salespeople who can track down the hard-to-find OEM and NOS parts that you need.

Owners that care for their employees like family and want to see the preservation of car history.

RW Auto Classics is here for you and your classic car because we know that it isn’t just a car. 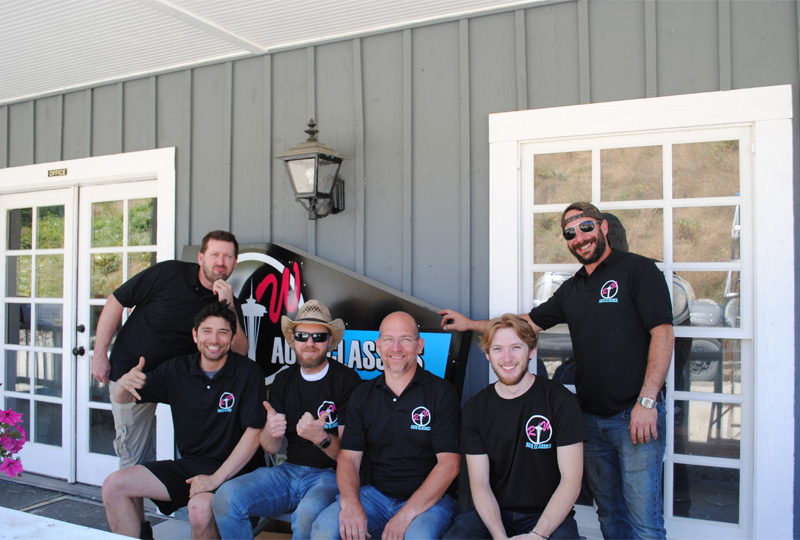